Telford & Wrekin Council has formally referred the decision to downgrade the A&E department at the Princess Royal Hospital and move its consultant-led Women and Children’s Centre to Shrewsbury to the Secretary of State for Health and Social Care. 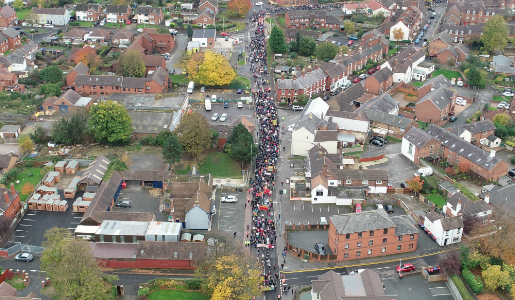 The decision, known as ‘Future Fit’, was made by Telford & Wrekin and Shropshire’s Clinical Commissioning Groups (CCGs who decide on and pay for health services in their areas) at the end of January.

It followed a 14 week consultation last summer on proposals to separate planned and emergency healthcare between Shropshire’s two main hospitals in Telford and Shrewsbury. ‘Future Fit’ had its preferred option to site planned, arranged operations in Telford and emergencies at the Royal Shrewsbury Hospital. The CCGs voted in favour of this ‘preferred’ option, despite the opposition of the majority of people who took part in the consultation.

In a 61 page document submitted to Rt Hon Matt Hancock MP, Telford & Wrekin Council said its reasons for referring this decision were that the Future Fit decision is not in the best interests of health services in the area.

The Council also says that the consultation with the Joint Scrutiny Committee was inadequate.

The Council backed the decision to make the referral to the Secretary of State when it met on 18 February.

Council Leader Shaun Davies said: “This is a lengthy and detailed legal referral.

“It outlines many of the arguments we have long made and goes further into how Future Fit’s decision would not meet the growing and changing needs of our population - not now and not in the future.

“There is insufficient evidence of any investment in primary and community healthcare services which are needed to help keep people out of hospital in the first place.

“We had previously asked the Health Secretary to intervene because we believe this decision makes no sense.

“This formal referral by the Council now forces him to review proposals that I believe to be incomplete following analysis that was flawed, leaving too many questions unanswered.

“We believe the plans, if implemented, would be very damaging for our local community.

“The future of this decision is now in the hands of the Secretary of State and I trust that he will use his powers to protect health care in the borough.