Give us Your Future Fit Decision, Secretary of State

The Leader of Telford & Wrekin Council has called on The Secretary of State for Health and Social Care to stop sitting on the fence and make a decision on the future of Telford’s hospital. 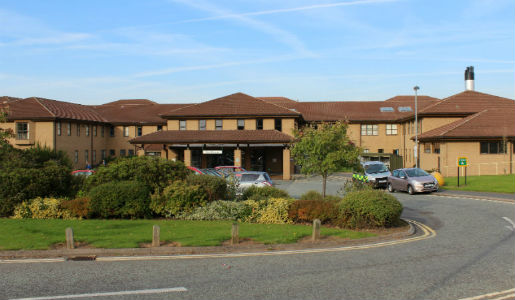 Under the proposed plans known as ‘Future Fit’ emergency care would be based at Royal Shrewsbury Hospital and pre-planned operations would be carried out at Telford’s Princess Royal Hospital.

It would mean the county’s only full 24/7 A&E would be in Shrewsbury resulting in the downgrade of the Princess Royal Hospital’s Accident and Emergency Department. The consultant-led Women and Children’s Centre, which opened in Telford nearly five years ago costing £28 million, would also move to the Royal Shrewsbury Hospital.

In March 2019, the Council challenged Future Fit’s decision-making process and recommendation and referred the matter to the Secretary of State, saying it believes Future Fit is not in the best interests of the health service in the area. The Health Secretary then asked an Independent Review Panel (IRP) to look into it further..

In a detailed fact finding visit which included a meeting with Councillor Davies, the IRP was told the plans will not transform the whole system of healthcare and are not backed up by sufficient investment in out of hospital care. Councillor Davies also said that the needs of Telford, being the fastest growing town in the region and having a clear clinical need for the Women and Children’s Centre, were not sufficiently taken into account by Future Fit.

At the end of July the panel presented their findings to the Secretary of State for Health.

Cllr Davies said: “The whole community is waiting to hear whether Future Fit will go ahead or not because this will have very serious implications for the borough and east Shropshire.

“The Secretary of State has all the information he needs to make a decision on a referral we made nearly six months ago.

“Clinicians and the populations of the borough and everyone for whom the Princess Royal is their hospital deserve to know. We cannot continue with more uncertainty. People will question - why the delay?

“I urge the Secretary of State to stop sitting on the fence and make your decision, for you now have all the information. A Cabinet minister’s job is to make difficult decisions, so please do so.”